Find the next book in your favorite series or discover something new at the South Hills Middle School Library. With over 10,000 titles in our collection, you’ll never run out of fantastic books to read! You’re also welcome to use one of the student computers or engage in some fun, hands-on learning at our Makerspace tables. 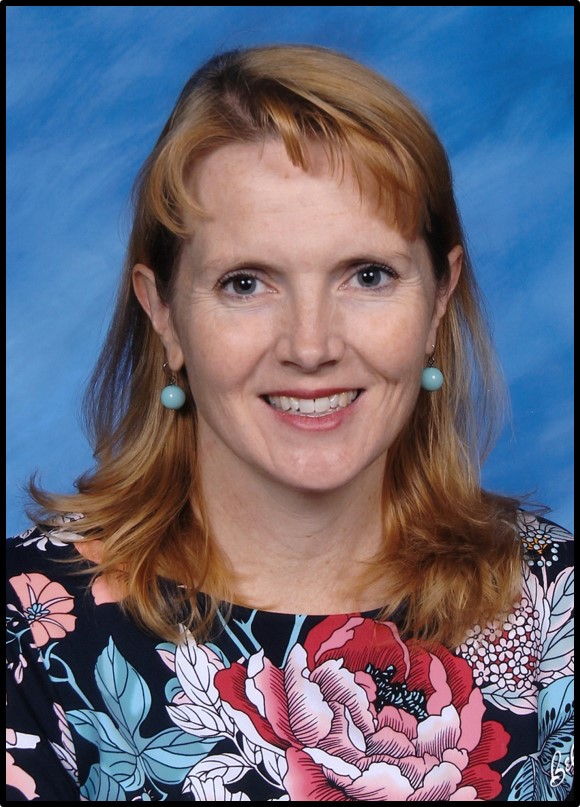 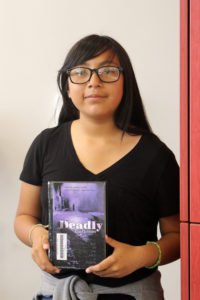 Deadly by Julie Chibbaro is one of my favorite novels. It’s a mystery that you can solve along with the characters in the book. It is based on a real disease called typhoid fever that swept through New York City in 1906. The story is told from Prudence Galewski’s point of view. She’s a poor girl who is looking for a job to help her mother out. Prudence has always been interested in science. She has wanted to know why people die from diseases ever since her brother died from an infection. If you are looking for a thrilling mystery and a historical fiction novel, then I recommend you read Deadly. 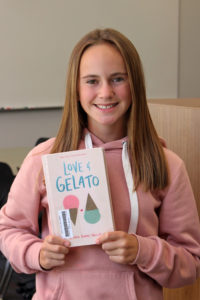 Love & Gelato by Jenna Evans Welch has adventure, romance and mystery. To sum up this book, a girl named Samantha (who goes by Sam) gets sent to Florence, Italy, to live with her supposed dad. Her mother died not long ago from pancreatic cancer. Before then, she was living with her best friend Addie. Sam explores Italy with her dad. He had been gone all her life, and she had wondered where he had been all this time. Using her mother’s journal, Sam goes on a journey looking at Florence through her mother’s eyes. In the end, the novel takes an unexpected turn. Read the book to find out more about Sam’s adventure.  I give this book a ten out of ten review! 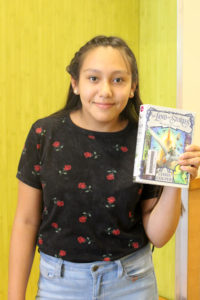 I recommend the series The Land of Stories by Chris Colfer. This series is full of characters from the Grimm Brothers’ fairy tales. The final book in the series, Worlds Collide, is my favorite. In this book, the world of the fairytales and the modern world where the main characters, Alex and Conner, live come together. Conner and his friends from the fairytale world have to stop the witches and villains from taking over New York City while Connor also tries to find his brainwashed sister Alex. This whole series is great for people who love fairytales and fantasy books. 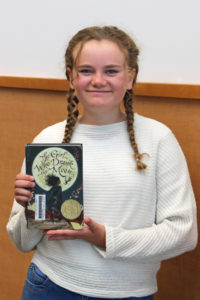 The Girl Who Drank the Moon by Kelly Barnhill has an amazing storyline that keeps you interested throughout the whole book. The point of view shifts between five characters: the cruel Elder Gherland, his kind-hearted nephew, Antain, a madwoman, a witch named Xan, and Luna. At the beginning of the novel, baby Luna is left in the forest as a sacrifice to an evil witch. But the witch is actually a caring grandmotherly type who accidentally “enmagics” Luna and ends up raising her. The tale focuses on how one mistake can affect a lot of people. If you like reading fantasy and adventure books, here is one I greatly recommend. 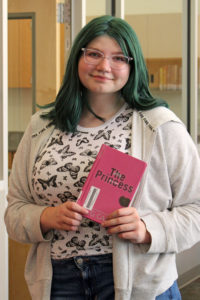 If you like books with many twists and turns, The Princess Diaries by Meg Cabot is super fun to read! The book begins with the main character, Mia, starting her freshman year in high school. Her parents had divorced many years ago, and her mother is now dating her algebra teacher! Mia’s father is actually a prince in the small country of Genovia. Because he had gone through cancer, he can’t have more children. He came to the United States to tell Mia some important news. She is so shocked by what he has to say, she doesn’t know what to do. 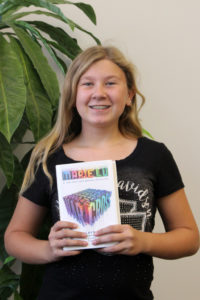 Marie Lu’s science fiction novel, Warcross, is full of suspense and excitement that gives you a thrill at every turn. It is about a young teenage girl named Emika Chen. She lives in a world where virtual reality is either a way to escape from life or to make a profit. Emika works as a hacker who bounty hunts people who illegally bet on games. When she is trying to watch the International Warcross Championship, she accidentally hacks her way into competing. At first, she thinks she is going to get arrested. Instead, she receives a surprising call from the company’s owner, Hideo Tanaka, saying that he needs a spy in the game to track down a security problem. He wants her to do the job. Emika is swept away into an exciting world of fame and wealth. But then she uncovers a sinister plot that could end the entire Warcross empire. 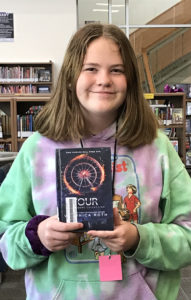 If you liked the Divergent series by Veronica Roth, you should read Four, a companion volume of stories told from Tobias Eaton’s point of view. Four unfolds the backstory of Tobias’s mysterious past. In this dystopian novel, Tobias lives in a new form of society where everyone is born into a faction, each dedicated to the cultivation of a particular virtue—Candor (the honest), Abnegation (the selfless), Dauntless (the brave), Amity (the peaceful), and Erudite (the intelligent). When Tobias comes of age, he no longer has to stay in Abnegation, his parent’s faction. His father wants him to stay in their faction, but Tobias wants to escape the dark truth of his father’s abusive nature. Four also describes how Tobias discovered how he was Divergent and how he becomes one of Dauntless’s leaders. The novel is an exhilarating adventure. 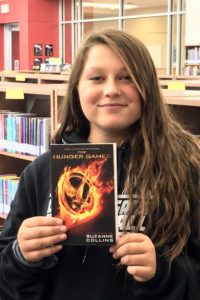 If you like action books, then you should check out The Hunger Games by Susanne Collins. It’s about a place called Panem. There are 12 districts in this country, ruled by the Capitol. Every year the Capitol takes a boy and a girl from each district to fight to the death against children from the other districts in the Hunger Games. The last competitor alive wins fame and wealth, but the games are a horrible ordeal designed to oppress the districts. Katniss Everdeen and Peeta Mellark are the unlucky “tributes” from District 12. Their struggle to survive will keep you on the edge of your seat the whole time you are reading. 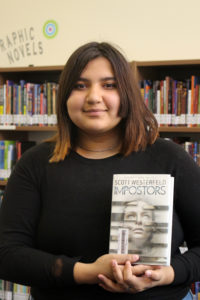 Fans of science fiction and adventure books will love Imposters by Scott Westerfeld. This dystopian novel follows the life of Frey and her identical twin sister, Rafia. Their father rules the country, and he has many dangerous enemies. Frey’s existence is kept a secret, and she is raised as a body double and a protector for her sister. Rafia, on the other hand, is trained in poise and diplomacy. When their father sends Frey in Rafia’s place as collateral in a deal with a foreign country, she becomes the perfect spy, the perfect imposter. As she gets closer to the rival’s son will she tell him the truth? Read this thrilling novel to find out. 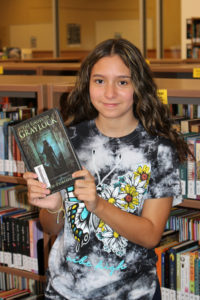 The Ghost of Graylock by Dan Poblocki is an awesome book for those who like mystery and horror. This book will take you along with Neil, Wesley, and Bree on their adventure to an old asylum hospital called Graylock Hall that sits not too far from their own backyard. These curious teenagers decide to go explore it. Dirty, musty smells come from inside the dark old asylum. They find clues that lead them to what they want to know about a girl who died there, who may even be haunting Graylock Hall still.  Things that they hear, see, and find will make you want to keep reading, and give you a spook! I definitely give this book a ten out of ten review!